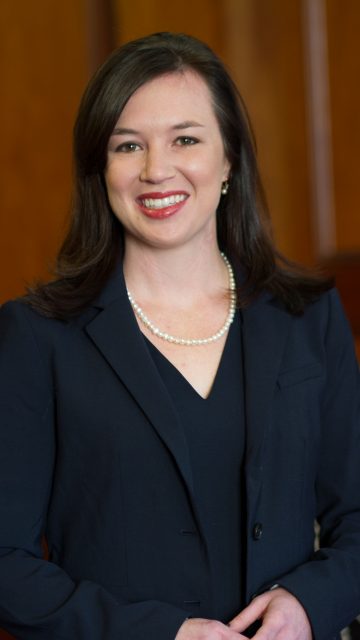 As far back as she can recall Judge Mary Wagner has had a love and appreciation for the law.  Both of her parents were practicing attorneys and she grew up understanding the law’s importance and knowing exactly what she wanted to do.

Appointed to the Circuit Court of Shelby County in 2016 and elected to the bench in 2018, Judge Wagner has fast established herself as a leading jurist.

She approaches each case with a sense of duty, fairness and impartiality.  It is at the heart of her judicial philosophy and one of the many reasons she was chosen “Outstanding Judge of the Year” in 2019 by the Young Lawyer’s Division of the Shelby County Bar Association.

Adjunct Professor, Cecil C. Humphreys School of Law at the University of Memphis

Extern, U.S. Attorney for the Western District of Tennessee

Member, Hermitage Chapter of the Daughters of the American Revolution

“Outstanding Judge of the Year” 2019 Chancellor Charles A. Round Memorial Award given by the Young Lawyer’s Division of the Memphis Bar Association

“Twelve Most Outstanding Women in the Judicial System” chosen in 2018 by the Memphis Inter-Denominational Fellowship Inc.

Wife and mother, and member of Christ United Methodist Church